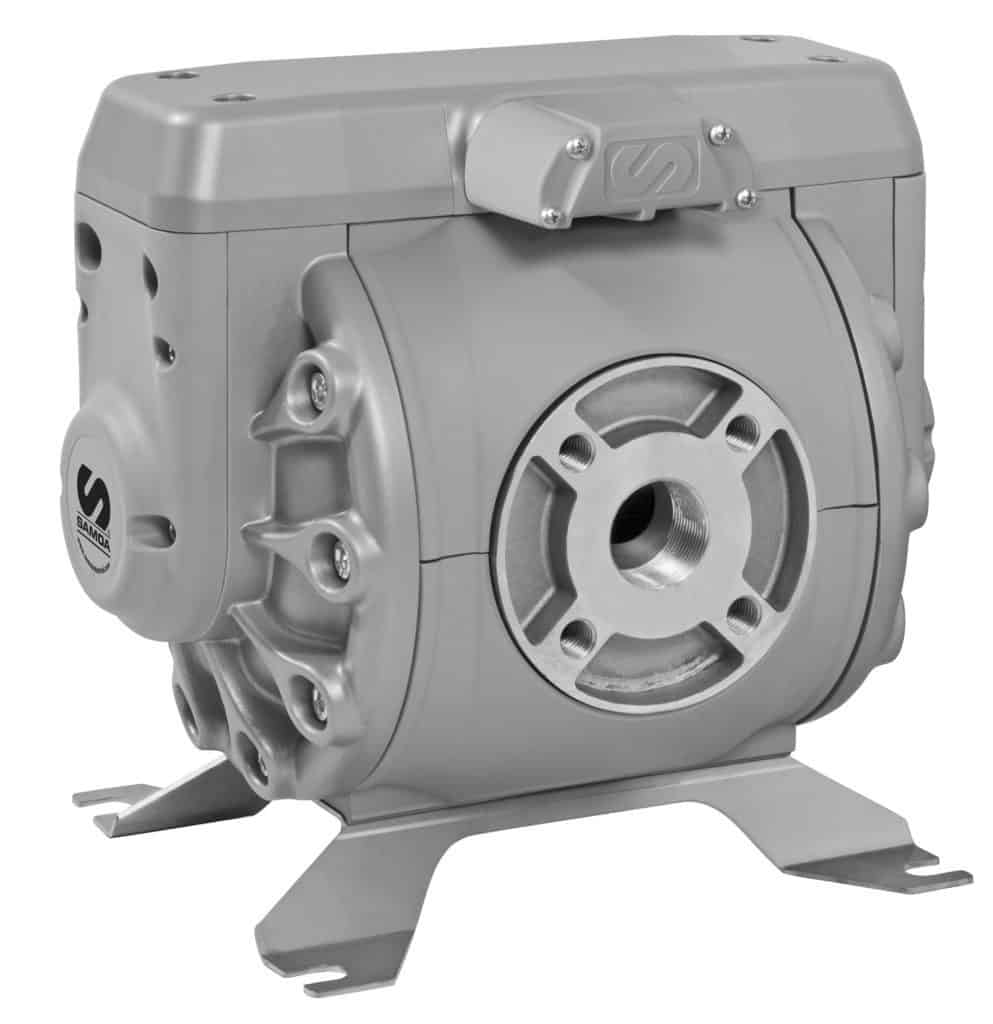 Air-operated diaphragm pumps are pumps that operate according to the displacement. The compressed air flows alternately in the two membranes. The axial deformation of the diaphragm, the medium of the pumping chamber is moved into the discharge line.

After the escape of compressed air behind the diaphragm, the diaphragm is returned to its original state and the medium is sucked into the pumping chamber. Valves prevent the return flow of the liquid. The diaphragm is the sealing element to the atmosphere. Diaphragm pumps are self-priming and suitable for dry running.